Babies have been known to be born with a bit of hair, but this eight-month-old is turning her heads with her pretty outlandish 80s ‘do. In fact the baby, Bella, has such an impressive mane that strangers often think she’s wearing a wig. Her mum Phillipa Rabbitts, 27, can’t take her out without being stopped by hordes of strangers asking if her hair is real. Weighing just 11lbs, she has been compared with a doll and Boo from Monsters Inc. Philippa, an online editorial designer from Chelmsford, Essex, said: ‘I had a caesarean when Bella was born, and the first thing the surgeon said was, “she’s got a lot of hair!” ‘I just thought, “what the hell?” I was expecting her to be covered from head to toe, but then I saw this massive mop of black hair on her head. 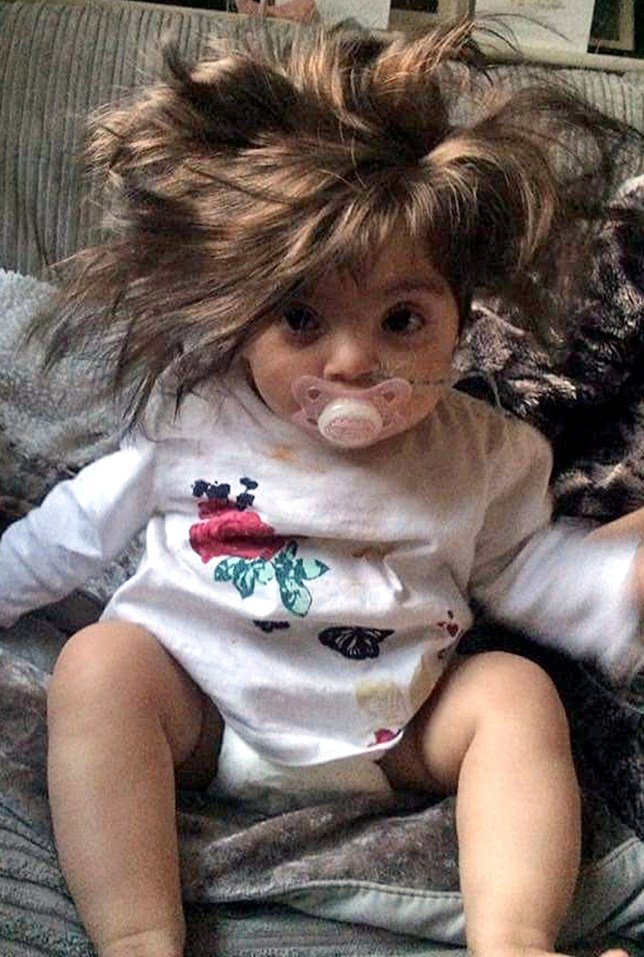 ‘She was only 4lbs11oz when she was born, and three weeks early – and with this thick, dark hair she looked just like a little doll. ‘All the midwives came to have a look at her afterwards, they’d never seen such a hairy newborn before – she was quite an attraction! ‘She absolutely loves having it washed and brushed, I give her a little head massage too and she loves it. ‘We have to tie it up because it gets in her eyes, but it doesn’t faze her. ‘It takes a while to brush and style – I have to get all the knots out, and then when I’m trying to tie it up she won’t sit still! ‘I spend longer on her hair than I do on my own – it takes twice as long. 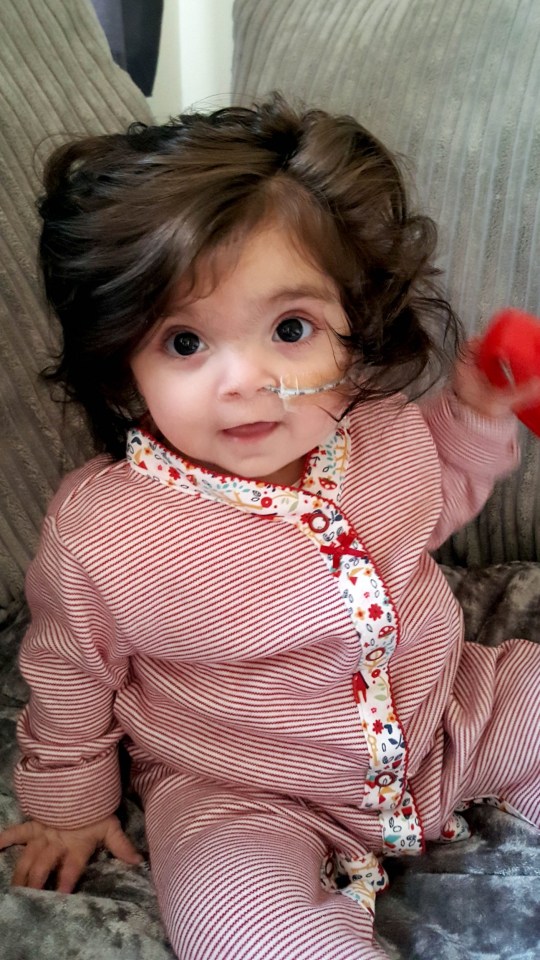 ‘But she’s pretty chilled out, everyone’s always touching it so she’s used to it being played with. ‘At night we’ll see her brushing it out of her face, and when it’s down she flicks it out of her eyes like a little diva. ‘The only thing she’s not keen on his a hairdryer, so for now I tend to towel try it. It’s so thick so it takes a long time to dry, so I’m trying to get her used to it!’ Philippa added: ‘It does throw a lot of people off – she turns a lot of heads because she’s so small, and people can’t fathom that she’s got this wild head of hair at her age. ‘I always get asked if she’s wearing a wig, and if her bunches are stuck on. ‘No matter where we go we get stopped at least five times because of her hair – everyone’s first reaction is just like, “oh my God, is that real?” ‘With her bunches, people say she looks just like Boo from Monsters Inc – it’s a little nickname for her now.’