A 14-year-old girl reportedly entered a restaurant with a just-born baby who still had the umbilical cord attached and gave the infant to a customer. The girl then fled, according to a restaurant worker. The teen arrived at El Patron at the corner of Kennedy Boulevard and Linden Avenue in Jersey City, New Jersey, on Wednesday around 4pm. Employee Frankie Aguilar said she carried a ‘brand new newborn child’ and asked for help, according to The Jersey Journal. ‘She kind of looked a little bit desperate,’ said Aguilar, who was manning the front of the restaurant at the time. ‘Once she handed the baby to someone else, one of our customers, she just left.’

Surveillance footage captured the incident. A customer at El Patron, Alease Scott, told WABC that she was dining in with her boyfriend when a teenager with a baby asked for their help. Scott offered to check the infant’s vitals, and the teen reportedly left the establishment at that moment. El Patron staff called cops but the teen left before they arrived, Aguilar said. Scott said the baby seemed to have trouble breathing. Police officers arrived at the scene with oxygen equipment, the TV station reported. 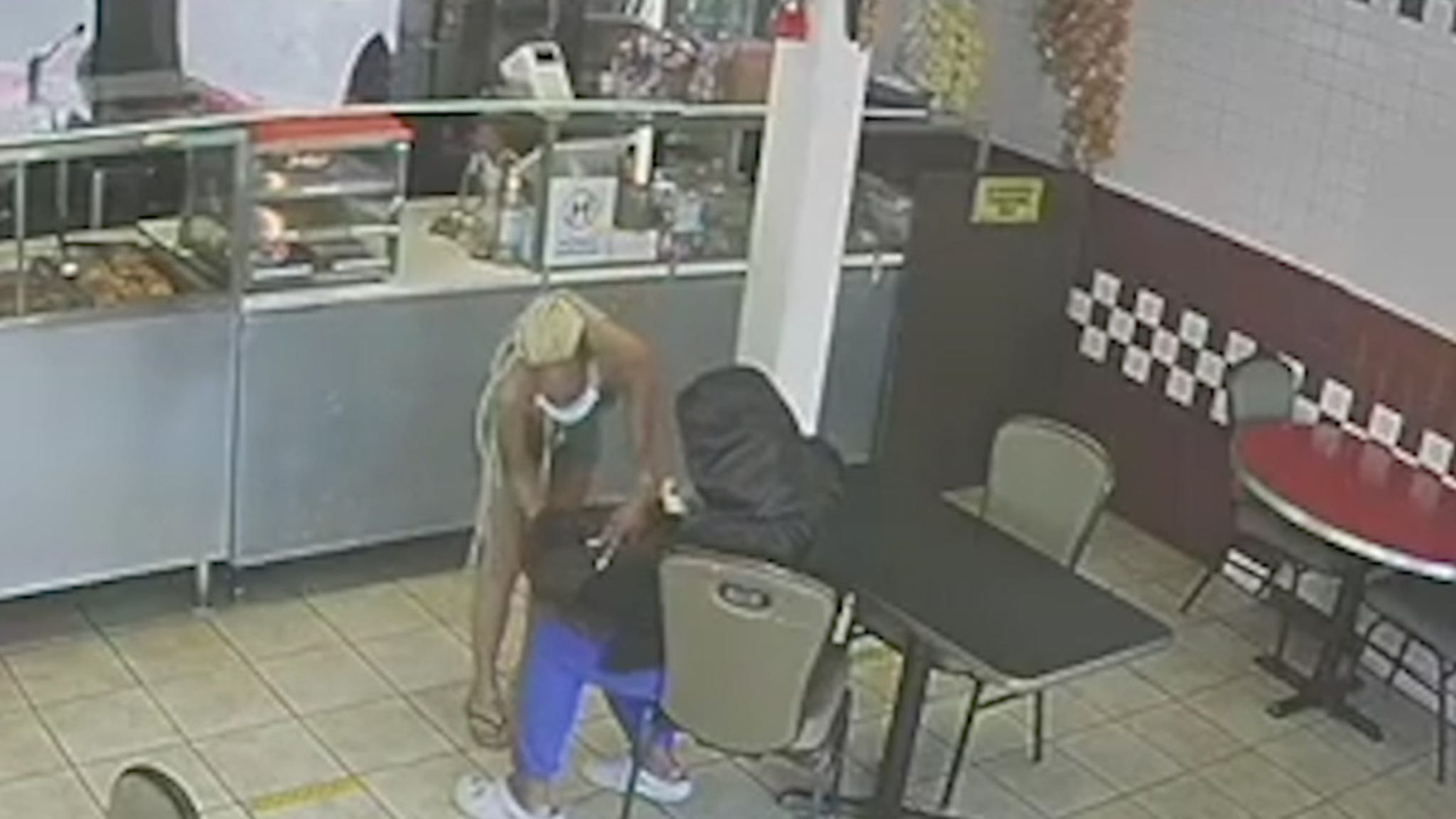 ‘Once I applied the oxygen mask to the baby, all of a sudden we heard the most beautiful cry and the baby started moving, she slightly opened up her eyes and then she closed her eyes but the sweetest thing was when she got hungry and she was trying to suckle on the oxygen mask so we knew she was OK after that,’ Scott said. The newborn with the umbilical cord attached was transported by ambulance to the Jersey City Medical Center, according to Aguilar.

When police officers found the teenager, she denied having given birth to the baby. She was also hospitalized and she and the child were healthy. The baby will reportedly be put up for adoption. Meanwhile, the teen is not expected to face criminal charges. New Jersey’s Safe Haven laws allow a parent to leave a baby who is less than 30 years old at any hospital, police or fire station or rescue center without questions asked. The children are then moved to foster or pre-adoptive homes.