An infant born with an unusual, life-threatening condition has some renewed hope after doctor’s were able to perform a surgery that others considered impossible. Lynkin Bell was born with Encephalocele, a defect where the skull doesn’t close completely during fetal development. As a result, 20 percent of her brain tissue grew out of her skull in a sac surrounded by fluid.

Her parents — Mark Bell and Kaylen Gaston –told CNN Newsource affiliate WCVB that doctors near their home in Dallas said surgery wasn’t an option, because it presented the risk of her suffering from strokes and ultimately dying from blood loss. Bracing for the worst, Lynkin was admitted to hospice care, but actually got better, despite the Encaphalocele tripling in size. 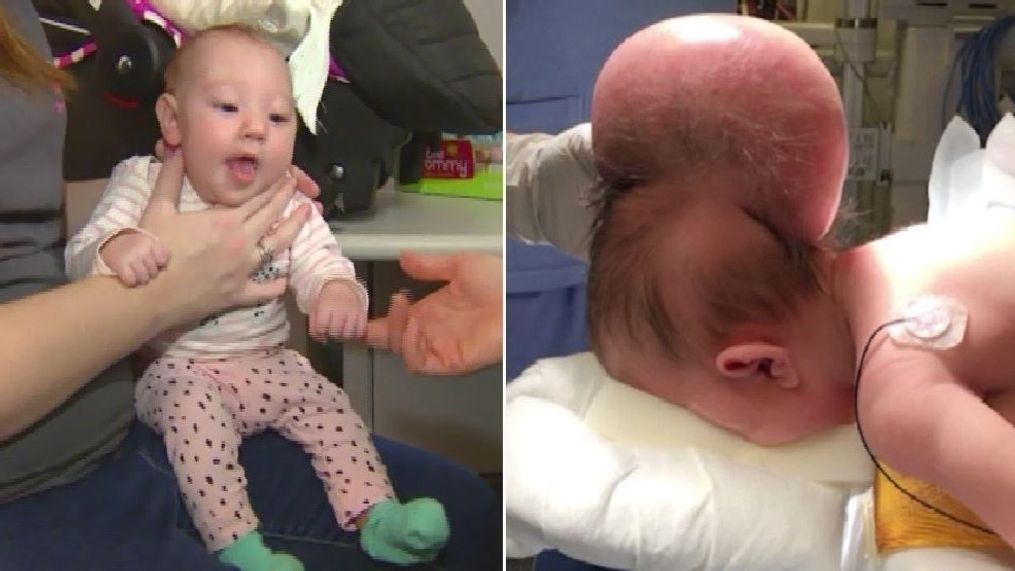 Upon getting a second opinion from doctors at Boston Children’s Hospital, they said they could remove it and weeks later they successfully removed the protruding brain tissue, but the hole still exists and doctors remain uncertain whether it’ll ever closed on it’s own. “We expect her to have issues going forward, but I think it’s much easier for them now to spend time with her and for her to be comfortable.”

Galston added she too is taking a cautiously optimistic approach, but is happy to have at least this much improvement with her little girl. “I see hope, I’m not gonna say that it’s going to be normal but if she speaks, great. If she walks, fantastic. If not, that’s what she has her dad and I for.”